Photograph taken during the Meeting of the Indigenous and Afro-descendant Communicators in Oaxaca, México, 2015. Credit: Mikel Blasco/CCEMx (Spanish Cultural Center). Image used with permission from the Digital Citizenship Laboratory.

The indigenous and Afro-descendant communities in Mexico share a constant struggle against discrimination, and an arduous journey to gain visibility and defend their rights. The obstacles and dangers they face are diverse: persecution, imprisonment, inequality, exclusion, and even forced displacement and assassinations for opposing the exploitation of natural resources in their places of origin.

According to data from an intercensal survey [1] taken in 2015 by the National Population Council of Mexico, there are almost 17 million people who, given their culture, history and traditions, are considered indigenous. Of this figure, 6.5 percent speak a native language. Of these, 80 percent face poverty and also have to deal with educational lagging and gender violence, according to an article published [2] by the organization México Social, a multi-media project which promotes human and social rights.

On the other hand, according to a report [3] published by the National Human Rights Commission (CNDH) together with the National Institute of Statistics and Geography (INEGI) and the National Council for Prevention of Discrimination (CONAPRED), one in every 100 inhabitants in Mexico is of African descent, a number equivalent to 1,381,853 people. The report also notes that 18 percent of the population speaks an indigenous language, while two-thirds identify themselves as indigenous. 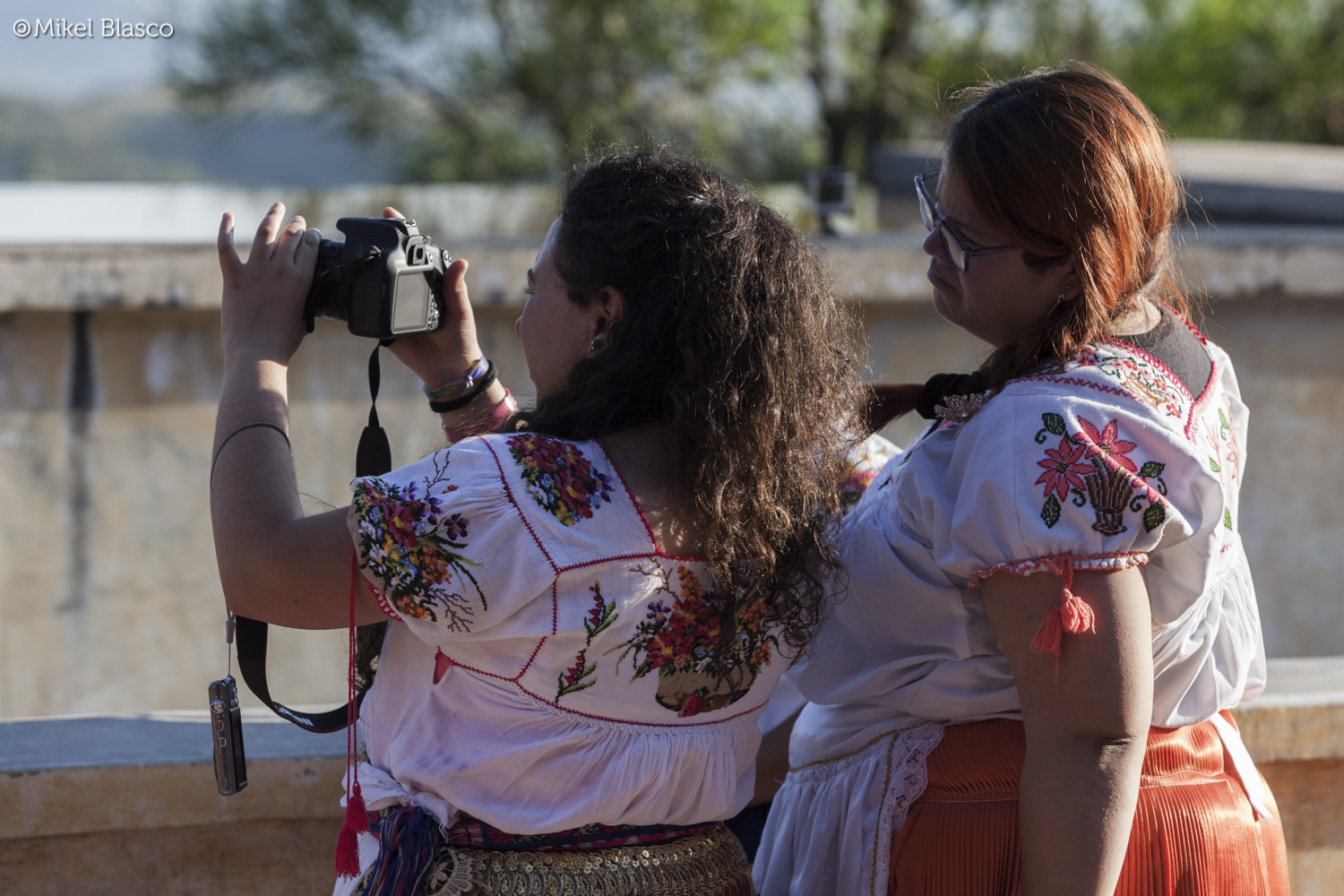 Photograph taken during the Meeting of the Indigenous and Afro-descendant Communicators in Oaxaca, Mexico, 2015. Credit: Mikel Blasco/CCEMx. Image used with permission from the Digital Citizenship Laboratory.

In addition to the constant struggle for their rights and their struggle against social adversity, both populations now have something positive in common: Notimia [4], a news agency created by indigenous and Afro-descendant photographers, videographers, filmmakers and journalists.

This medium of communication, with a gender focus and an international reach, has undertaken the challenge of giving voice to communities that have been made invisible and silenced. It addresses issues that conventional media often ignores, such as the movements, protests and issues that affect indigenous and Afro-descendant peoples every day in all parts of the country. The challenge is to reach and to impact different levels: from their own community, to the national and international spaces.

During her presentation to the media in Mexico City on April 5, 2017, Guadalupe Martinez, editor and founder of Notimia, said that the agency promotes intercultural communication. It seeks to create and disseminate organizational processes [5] of indigenous communities and peoples in their indigenous languages and translate them into other languages. During the event – which was streamed online [6] – Mardonio Carballo, a Náhuatl-language poet and writer, stressed the importance of listening to indigenous women’s own voices:

It is necessary for your own voice to be heard, for you to speak for yourself.

Carballo also pointed out the importance of opening indigenous community-run media outlets to highlight those issues that are usually ignored. In a country where 69 languages are spoken, the absence of news outlets in different languages is evident.

We have to change this situation by being attentive in many ways, from the inside (of the communities) to the outside world. 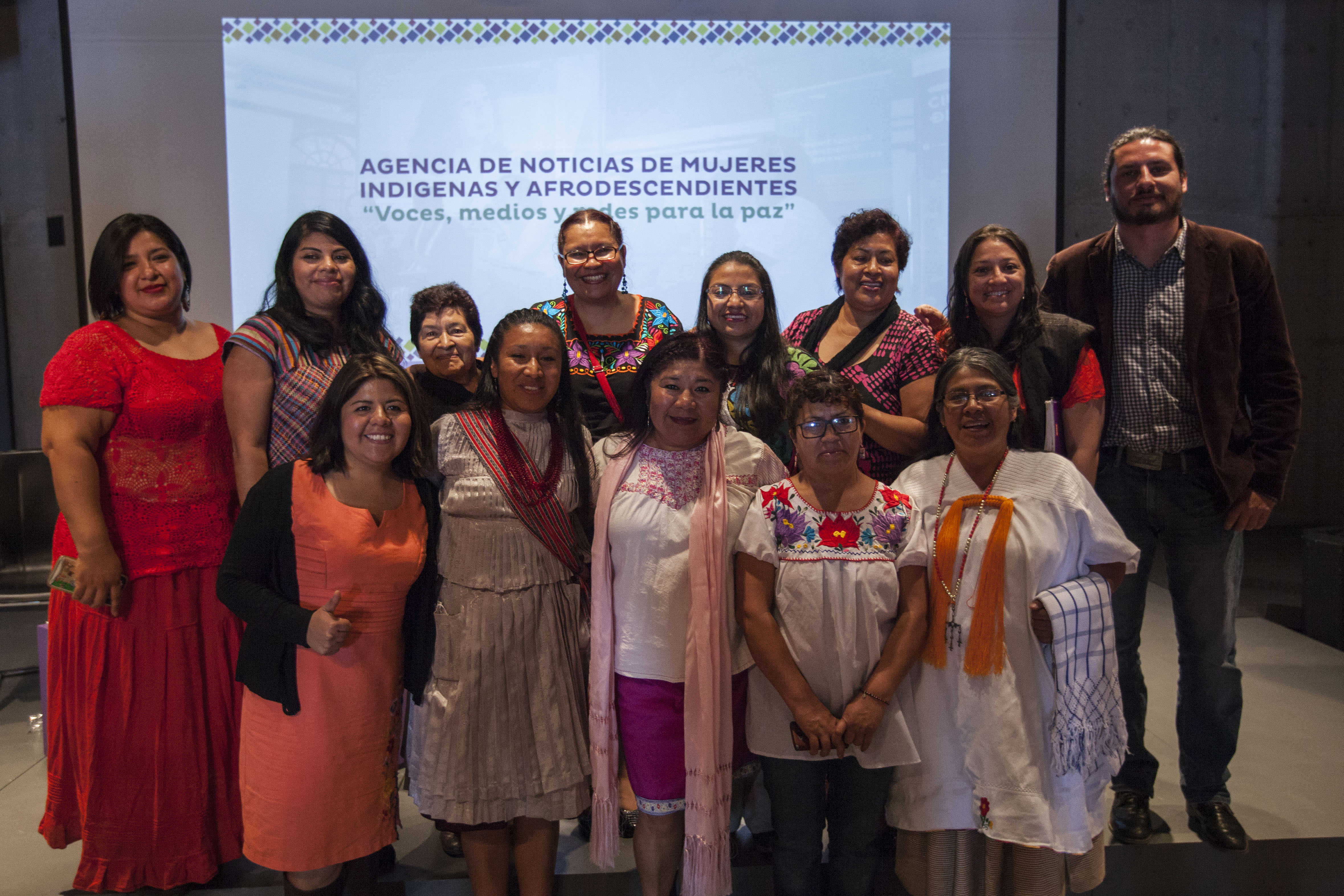 Photograph taken during the press conference of the presentation of Notimia in Mexico City, 2017. Credit: Ane Sanz/CCEMx. Image used with permission from the Digital Citizenship Laboratory.

The initial team of Notimia is headed by the Alliance of Indigenous Women of Central America and Mexico [7], which gathers more than 300 communicators from America and 200 from different states of Mexico [5]. The agency is also part of the Meeting of Indigenous and Afro-descendant Communicators (ECIA [8]) which is held each year with the objective of strengthening indigenous efforts to create communication processes for peace.

Notimia website [4] publishes various news stories focused on the importance of empowering the less visible population. Ethnic fashion, female journalists and the rights of indigenous peoples are some topics that have been covered.

Within a couple of months since this event, Notimia has also gained followers on its social networks, including its Facebook page called “Notimia: News Agency for Indigenous and Afro-descendant Women [9]“.